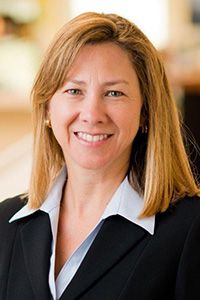 Angela Jackson is a shareholder of the firm and chair of the firm’s Employment Group. She currently serves on The Institute of Continuing Legal Education Labor & Employment Law Advisory Board.

Ms. Jackson has been with the firm since graduating from the University of Michigan law school in 1995. She has successfully tried cases to jury verdict in several state and federal courts.

Ms. Jackson’s practice encompasses all facets of business litigation, including employment law and litigation matters such as trade secrets and non-competes, shareholder disputes, discrimination and harassment claims, whistleblower cases, and fiduciary duty claims. She provides regular and ongoing advice to clients with respect to business and employment issues. Ms. Jackson's practice also routinely includes litigation of contractual, intellectual property and construction disputes. She is regularly engaged to conduct or advise on workplace investigations.

Ms. Jackson is routinely recognized for her achievements, and has been honored by America’s Top 100 Attorneys with a Lifetime Achievement recognition; a “Top Attorney in Michigan” by Crain’s Detroit Business, a Leading Lawyer in the areas of Commercial Litigation and Employment Law: Management. She has been included as a ”Top Rated Lawyer” in the area of Labor & Employment Law by American Lawyer. She has been included in Best Lawyers in America in the area of Business Litigation, is AV rated by Martindale-Hubbell, and has been rated by Michigan Super Lawyers for the last fourteen years.

Some of Ms. Jackson's experience includes:

Publications (as Author or Co-Author)

Hooper Hathaway attorneys are continuing to guide clients through the COVID-19 pandemic and are available to assist by telephone, email and virtual meeting.